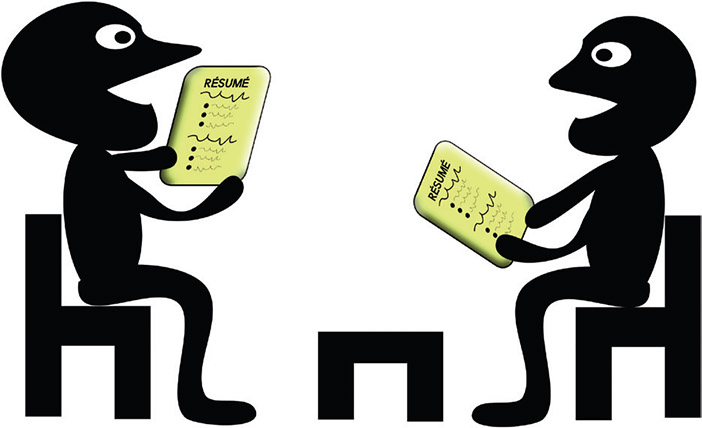 “Ron” has great credentials — he has excellent degrees, and has worked for top-notch employers. Two years ago, however, despite his excellent performance and through no fault of his own, Ron’s employer terminated him. Since then, Ron has taken on several short-term gigs; they keep his income flowing and keep him active.

Should he list these gigs on his resume, or be left with a two-years-and-growing “hole” since the end of his previous long-term job?

There are three possible solutions to this conundrum. Two of them have significant shortcomings, but the third solution addresses both shortcomings.

Solution #1: Leave his resume as is and explain the hole during an interview.

Solution #2: List each gig by itself. But doing so can create an appearance problem — he may appear to be a job-hopper, someone who held several jobs over a short period of time.

Job-hopping “can raise concerns with recruiters,” according to Tom Lovett, president of an executive search firm in Dayton, Ohio. “Job-hopping may be a sign of poor interpersonal skills and lack of performance,” he said.

Ron could try to avoid this issue by specifying that the gigs were short-term contracts, but busy recruiters may not review his resume carefully enough to learn that.

Solution #3: Create an employment block that accommodates multiple short-term gigs. This approach means there are no unexplained gaps in employment and it also avoids the appearance of job-hopping:

and software implementation, for health-care companies

The “clustering” approach can also work for an early-career worker. Our client Sue had secured her first “real” job, with substantial IT responsibilities. Before that, she had worked for three summers, performing similar lower-level IT tasks at each company.

To save space and avoid repetition, she could cluster the summer jobs into one employment block. Here’s what this could look like:

By David Marwick for KempMillJobAssist