WRITTEN BY DAVID MARWICK FOR KEMPMILLJOBASSIST ON 30 MARCH 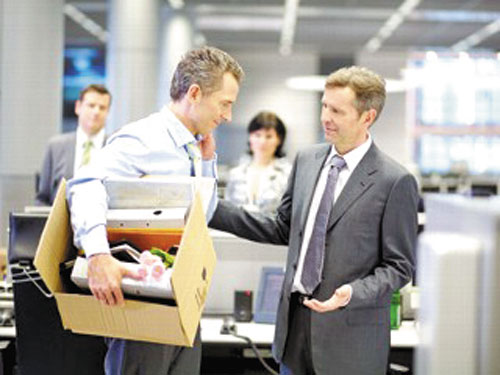 If you were laid off — that is, lost your job through no fault of your own — unfortunately you have lots of company. According to the Bureau of Labor Statistics, about 1.6 million people are laid off nationwide in a typical month — that’s more than 70,000 each business day.

You may have lost your job because your company downsized to cut costs, moved jobs to Tennessee (or Mexico), or merged with another company. There are multiple possibilities. In theory, your layoff should not reflect negatively on you, and it should not hamper your ability to find another job. (If you lost your job because of unsatisfactory performance, misconduct, or interpersonal differences with your employer, that’s a different story and much harder to navigate.) In practice, however, the fact that you were laid off may raise questions in the mind of a prospective employer.

In terms of interviewing for future jobs, it is critical that you know why you were laid off and the scope of the layoffs. In essence, you want to demonstrate that the layoff was not about you, but rather that you (through no fault of your own) were caught up in broader trends. The more you know about the circumstances of your layoff, the stronger the case you can make to a prospective employer.

Know how many people were laid off at the same time. The more people, the better for you. The fewer people, the more a prospective employer may wonder whether the layoff was a disguised firing. Try to obtain relevant documentation, such as a company press release or newspaper article, that describes the extent of and reasons for the layoff.

Know how your employer selected which people to lay off. Was a whole division or other unit disbanded because of a corporate restructuring? Was the layoff due to a lack of orders? Were the layoffs based on seniority and you were a newcomer?

In a 2015 article for the Washington Post, Rita Trehan — a former senior executive and Chief Human Resources Officer with more than three decades of progressive career experience — suggests some steps you can take in an interview to minimize the fallout of being laid off:

Address the issue upfront. Deal with the layoff early in the interview. It’s better to address it upfront.

Focus on the positive. Explain briefly why you’re in the market for a new position without lingering on the details. Describe what you achieved in your prior role and how those capabilities relate to the job at hand.

Never badmouth your former employer. Even if you harbor resentment about how the layoff was handled, resist the urge to speak negatively about your former boss or the company. You want to be seen as a positive person and a team player.

“5 Ways Microsoft Employees (and You) Can Prep for Layoffs” by Caroline Ceniza-Levine (SixFigureStart.com, July 14, 2014).

“How to Explain Your Layoff During an Interview” by Rita Trehan (Washington Post, Sept. 10, 2015).